Destin Sandlin is a rocket scientist but I came across him struggling to ride a bike. (You may have seen him in one of his YouTube videos as well.) Like most of us, he had learned to ride perfectly well when he was young. It’s something you don’t forget, and he was as good at it as anyone.

There was a twist to his ride, though. He thought it would be easy to overcome. The bike had been adjusted so that turning the handlebars to the left actually turned the bike right (and vice versa.) Destin got on believing that he could mentally correct for that. He couldn’t do it. Not for six months.

Neither could anyone else who thought it would be possible to master quickly. Their minds just didn’t adjust. One after another, volunteers got on the bike and pushed off confidently. Each time, they began to wobble immediately, almost fall–and they had to stop. Again and again. It was striking to watch. They knew what was going on but as Destin said, knowledge did not equal understanding.

It took Destin six months of practicing, struggling, and re-learning before he was able to really integrate the new way of functioning and ride the bike.

Pentecost is a season for noticing how the Spirit sweeps in and through and beyond us in ways that often change us. We’ve taken note that the Celtic image of the Holy Spirit is of a wild goose – something that can’t be controlled or directed. A presence that pushes us into new territory.

Thinking about this, I was reminded of Destin. And of how hard it is to set aside established patterns. Our brains and muscles get deeply accustomed to familiar ways of doing things. We can scarcely grasp and often resist new ways. To carve new channels of behavior or being is no small thing. It takes a lot of wobbling and falling!

Yet we believe in the presence of the Holy Spirit with us – one who is, in the words of the book of Revelation, “making all things new!” Who can transform knowledge to true spiritual understanding. Who disrupts in order to ground more deeply, and who brings us to awareness of our connections beyond the bounds we’ve normally observed.

So, wherever we’re facing change–as individuals, in the church, in our world–maybe one key is to keep practicing new ways. The wild goose will nudge us forward. And with time, a new pattern–perhaps closer to what we were meant to be, but at least evidence of possibility–will emerge! 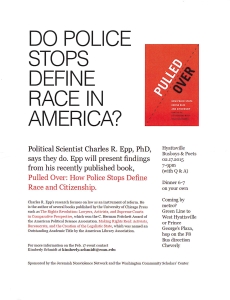 Join the discussion with Political Scientist Charles R. Epp, PhD, as he explains why they do. Epp will present findings from his recently published book, Pulled Over: How Police Stops Define Race and Citzenship. Click here for a pdf of the picture to the right.

The discussion will take place at the Hyattsville, Maryland Busboys and Poets (check the link for address & directions) on February 17, 2015 from 7-9pm (with Q & A) 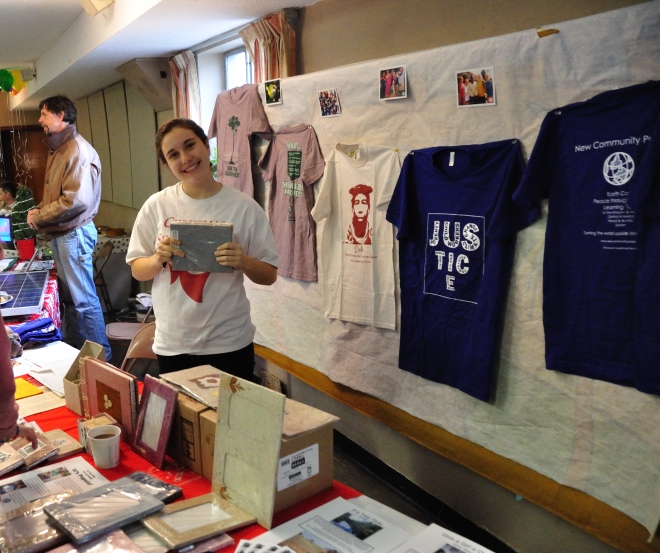 Please join us at our annual Alternative Christmas Fair and support non-profits and artists working for justice, peace and the good of the earth. Purchase holiday gifts and much more!!

Come learn about the following organizations and support their work

SERRV…..sharing hand crafts from artisans around the world

HEIFER INTERNATIONAL……passing on the gift of food via animals & farming

FISTULA FOUNDATION….dedicated to ending the suffering caused by the childbirth injury of obstetric fistula

EPIC……Empowering Youth for Peace in Iraq — one of EPIC’s core focuses is supporting local programs that empower youth—in conjunction with local partners, and with the Iraqi youth themselves

Local artists’ work will be featured and available for purchase.

Our bake sale table sells individual treats for enjoyment while you are browsing the fair, and whole pies, cakes and assortments of cookies and other baked goods to compliment your holiday party or dinner.

The Alternative Craft Fair is held in our church building on the corner of Route 1 and Tuckerman Street in University Park, MD (the church address for your GPS is 4413 Tuckerman St, University Park, Maryland 20782 or we are a few blocks’ walk from the PG Plaza Metro station on the Green Line)

During our morning worship we joined the Annual Conference worship service via a live webcast (link below to watch recording). 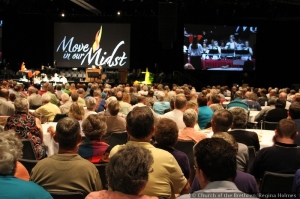 There was a responsive litany (adapted from Ezekiel 36:26-27 and words from An Act of Worship video, Worship House Media)

One: Life is busy, sometimes chaotic
It’s easy to forget about God
in the middle of the distraction
But what if we could slow down
and worship God in our everyday moments

All: A new heart I will give you, and a new spirit I will put within you;

One: The same God who wipes our tears
…eases our pain
…brings us joy
…guides our steps

All: and I will remove from your body the heart of stone and give you a heart of flesh.

One: If our worship went beyond these walls
Things would change
Life wouldn’t blur our view of God
It would point directly to God

All: A new heart I will give you, and a new spirit I will put within you;

One: Every breath, every action
Every movement, in every place
would be an act of worship.

To watch the recording of the Annual Conference Sunday Morning Worship service click on the following link.

To watch more of the live or recorded services and sessions just follow the link.   http://new.livestream.com/enten/AC2013

To view pictures from Annual Conference follow the link:
http://www.bluemelon.com/churchofthebrethren/2013annualconference 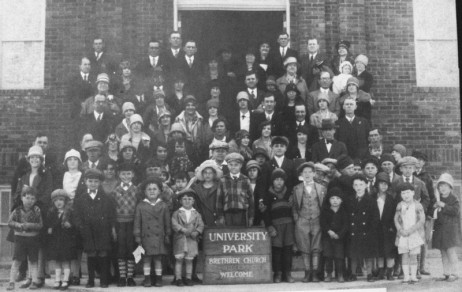 Morning worship is from 10-11 a.m.
No children’s Sunday School or adult ed forum.  Paneled room class meets at 9 am. 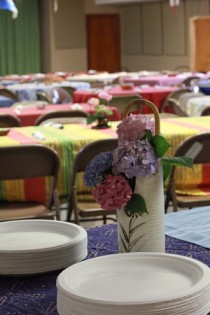 Close the Sunday School year with a youth-led service, and a potluck lunch featuring foods loved by kids! Several of our junior and senior high youth are participating in the worship service. Bring a dish to share for the potluck, and come see the renovations HMC was working on last year!  All are welcome. 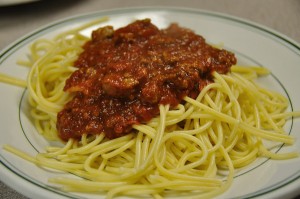 University Park Church of the Brethren
Annual Sweetheart Dinner
Saturday, February 9, 2013, seating from 5pm to 7:45pm
~~~
Join us as we transform our social hall into an Italian Bistro
and serve up a delicious spaghetti dinner as a fundraiser
to support the missions of the church.
~~~
We decorate the social hall, turn down the lights,
set up small candlelit tables for couples or groups of 4 or 6.
Our menu for the evening is a big salad bar, spaghetti, with special meat or vegetarian sauce, garlic bread and dessert.
We also have a live band playing secular music.
It’s just a lot of fun! Join Us!
~~~
All donations will be accepted.

University Park Church of the Brethren
Blog at WordPress.com.